The year I graduated high school, I was a nervous wreck. School was such a nightmare for me internally as I struggled to find myself. There were daily battles that included all sorts of perceived enemies: my insecurities, my secret gayness, my faith, the bullies, grades, etc. The biggest enemy of all was the terrible, horrible, no good, very bad question that I got almost every day of my senior year…

Whenever someone asked me that, it sent fear through me like a tsunami. The wave of terror gripped me so tightly that I was often swept away in a sea of terrifying emotions. It got so bad for me that I had to see a gastroenterologist. (just so ya’ll know I spelled that right on the first try without looking.) I was still a kid. How did I know what was next? I had never graduated before. I had never been to college. I had NO IDEA what was next. I knew what they meant…

You can see why I was afraid, right? I have no doubts that anyone who has ever graduated from high school reads this with the same memories that I have. You too were probably just as scared. It still gives me a feeling of terror as I type about it, and I have been out of high school for 23 years as of June 2.

It bumfuzzles me that people would ask such questions to a high school graduate. On average, graduates are 18. At 18, you aren’t even “grown up” enough to drink a beer legally in the U.S. so why in the world should I be old enough to make decisions that will determine the rest of my life? In 17 states you cannot drive a car all alone til 18. There are lots of things that 18 year olds can magically (and legally) do when they turn that age, but that doesn’t mean they are wise and mature enough for it. I still cannot fathom that 18 year olds can sign up to die in a war but can’t drink a beer. What in the world?

Somewhere in the history of time we have decided that 18 years of age is a starting line for adulthood, but I will be the first to tell you, just because I turned 18 didn’t mean I was ready to be a grown up. I was terrified. My first year of college, I didn’t have a major, I stayed home, and had a self-imposed curfew. I hung out with my younger friends still attached to the safety of my high school marching band and kept my same high school job. There was no way I was making any huge changes. I kept things as close to normal as possible. Trust me, I was ready to rid myself of the bullies and high school insecurities, but normalcy with those things was better than the unknown. After that year I did go away to college, but don’t be fooled, I was still scared to death. I sucked it up and declared a major, but only because I felt pressured to do so. At the end of that year, I changed majors. Immediately, I regretted the major, but I decided against changing it again out of fear. Upon graduating, I did absolutely nothing with that major. Again, the dreaded question bombarded me at every turn.

The second time around wasn’t any better than the first. The fear tsunami swept me away again. Instead of the gastroenterologist, I chose to run away (or be swept away)… All the way across the ocean to Senegal to live in a mud hut with a grass roof and no running water. I still just wasn’t sure about adulting and needed a bit longer to figure it out. What better place to figure things out than in an isolated African village where no one spoke English?

I hoped while I was there, I would grow up a bit and get on track like all the other people my age. I was feeling very behind thanks to everyone else who had jobs in their degree field, got married and even had kids on the way. That was a lot adulting. The pressure we put on ourselves because of age expectations is so damaging. The time tables we place on each other are ridiculous. We expect humans to walk by 1, talk by 2, read by 5, and make huge decisions that will determine our livelihood by 18, and if we/they don’t follow these prescribed norms then there must be something wrong with them. Good Lord, I need an Ativan just typing that. What anxiety we create… for the kids, the parents, the teachers. Everyone. UGH!

All of the expectations are unrealistic because they are all developmental in nature. Not all of us are going to progress the same way. My sister Johnnie-Lynn couldn’t walk til she was a year and a half. I walked at 9 months. We both walk just fine now. To quote my granny, “It all comes out in the wash.”

Eventually, and in its own time, my mind matured, I made some decisions regarding my future, ones I had always wanted to make but was too afraid too, and started down the “path of adulthood.” The decisions still terrified me, but I finally felt ready to handle the next step(s). What a journey it turned out to be. 18 years later and I have won lots of awards for my workin education, have a great platform to use my voice, and have hundreds of students who will always be Honorary Dearyburys! Even President Obama became one, along with thousands of educators I have had the privilege of working with.

Ironically, after another 18 years of life, I am on the cusp of another next step. It’s quite a biggie to be honest, and I admittedly terrified, and some what excited. So many of you have been asking me about my work and my future plans lately. It is all reminiscent of the terrible, horrible, no good, very bad question.

This time, as a 41 year old human, I am more prepared than ever to boldly and confidently reply with the best answer ever.

And guess what… That’s ok. I don’t have to know. I didn’t have to know then, and I don’t have to now. Any gradutes reading this, YOU DON’T HAVE TO KNOW EITHER! 🙂 Don’t let the old folks drive you into useless anxiety. No of us has a clue what tomorrow holds. We are all like a car on a road trip with no map and no agenda. The driver has some ideas, and maybe even a few planned stops, but the carefree adventure that lies ahead can literally unfold one moment at a time. If you had asked me 18 years ago about the plans I had for my teaching career, I would never have dreamed of where it would take me. So, as I again face the question of “What next?,” I do not fear it, but embrace it and the beauty of not knowing and looking forward to what is to come. 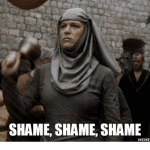 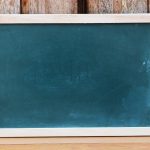